Exhibit design is one of the areas in which Natural Concepts excels. Working with clients to learn the intricacies of their facility, their plans and goals, Natural Concepts is able to broaden its team to include additional researchers, designers, artists and exhibit firms with experience in the relevant subject matter.

Exhibit plans and designs are created to bring the subjects to life, but within the confines of the client’s budget. Money does not have to preclude the quality of an exhibit or facility. Instead, knowing how to proportion funds and utilizing an extensive network of designers and fabricators allow Natural Concepts to direct creative development and produce quality projects.

Examples of Past Projects:

Ernie Pyle Museum
Dana, IN
World War II war correspondent Ernie Pyle was born in this small west central town in Indiana. The museum was constructed from two WWII quonset huts and placed behind the birth home of Ernie Pyle. Ambient sound tracks, dioramas, artifact displays, and a mini theater with projected image on a scrim allow visitor immersion into the story of Ernie Plye’s news coverage of the war. An added exhibit in 2017 is an interactive computer exhibit with a searchable database of WWII Veterans from Dana and the surrounding county. 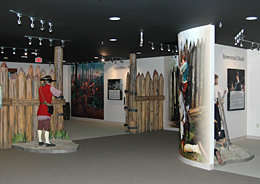 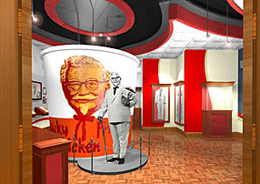 Colonel Sanders Museum
Louisville, KY
Located in the “White House” of YUM! Brands, and includes the area that was the Colonel’s office. Exhibits include a timeline of the life of Harland Sanders, an original Colonel Sanders white suit, an animatronic figure of the Colonel that moves and talks, and original office furniture. A custom designed and built frame showcases an original drawing of the Colonel by Norman Rockwell. 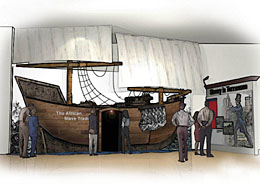 Alex Haley Museum
Henning, TN
State Historic Site interpretive facility about Alex Haley, the author of Roots. Exhibits cover his life before and after the epic book and television story, while also discussing the issue of slavery. Orientation theater, exhibit gallery, and the interactive slave ship that compels the visitor to enter to learn more. 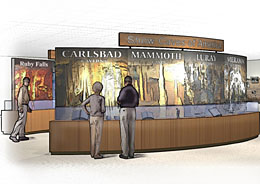 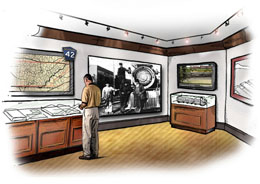